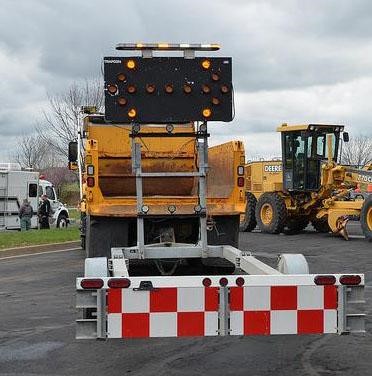 The best way to protect MoDOT workers in work zones may be to not have them there in the first place. The Kansas City District is turning to technological advances to test that theory.

MoDOT recently sent out a Request for Proposal to test driverless warning vehicles in slow-moving work zones like striping and sweeping.

"More than 80 of our trucks have been crashed into during slow moving operations since 2013. Each one of those trucks had a valuable MoDOT employee inside," said Kansas City Assistant District Engineer Chris Redline. "This pilot project would test the feasibility of removing workers from the rear protective warning truck, which would eliminate these types of injuries and potentially save lives."

If implemented, the pilot program would be the first of its kind in the country and possibly the world. For the pilot program, one vehicle using state-of-the-art driverless technology would be in the rear of a striping or sweeping work zone convoy. A driver would still be in the vehicle cab during the testing with the ability to immediately take over control of the truck. Advances in leader-follower vehicle technology have increased significantly over the years. If such technology emerges as feasible during the pilot, the advancement could save the lives of highway workers and will prevent many injuries to our team across Missouri and the nation.

"We have added lights and additional markings to vehicles to reduce crashes, but distracted driving, along with aggressive driving and increased traffic, continue to pose a huge risk to our employee's safety," Redline said. Testing this technology should begin Spring of 2018 or earlier in the Kansas City District.