Keynote speaker, David Hunt (Communications Manager, Division of Transportation System Development at Wisconsin Department of Transportation) provided the strategy and coordination their State applies to define their DMS messages and policies for CRSW. 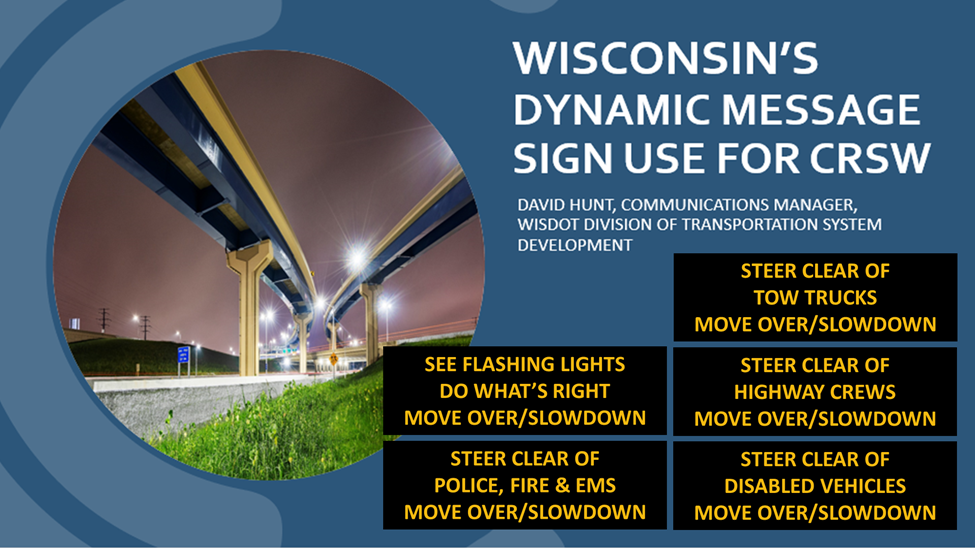 Though not mentioned in the webinar, Nevada DOT also shared that their agency displayed a single message, “MOVE OVER OR SLOW DOWN FOR STOPPED EMERGENCY VEHICLES,” in the year 2020. In addition, they are engaging TIM Coalitions and requesting submissions from the public for inspiration to expand the message set for the year 2021 CRSW.

During the second half of the All-State Webinar, TIM communities from the following States and national associations share preliminary plans to commemorate CRSW:

Back to Search Results